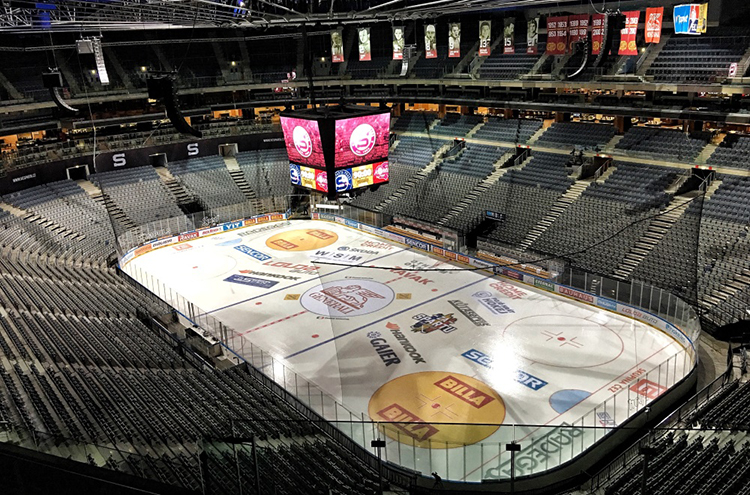 O2 arena is one of the leading facilities in Europe with a seating capacity up to 18,000. Every year, it hosts dozens of attractive sporting and cultural events. It opened in 2004 for the Ice Hockey World Championship and since then has welcomed over 600,000 people every year. O2 arena is located in northeastern Prague, approximately 10 km from the city centre. It occupies an advantageous position between the interior road ring, which provides comfortable transportation from other sections of the city, and the external ring road, which allows a quick connection to the outgoing motorway and the international highway network.

HC Sparta Praha is one of the most successful and famous clubs in Czechoslovakian and later Czech ice hockey history. There are no names in Czech sports better recognized internationally than "Sparta" and few clubs have as much history.

Sparta’s first period of great success was in the years following World War II, as it won two national titles in a row – 1952/54 and 1953/54 – under the name Spartak Sokolovo. The next highly successful period came much more recently when Sparta won the Czechoslovakian league in 1989/90 and in 1992/93. After a few years of bad luck and less success, Sparta returned to the top of the Czech Extraliga in 1999/00 when they were crowned league champions. That victory was the first of four championships they would win over seven seasons, adding Extraliga titles in 2002, 2006 and 2007.