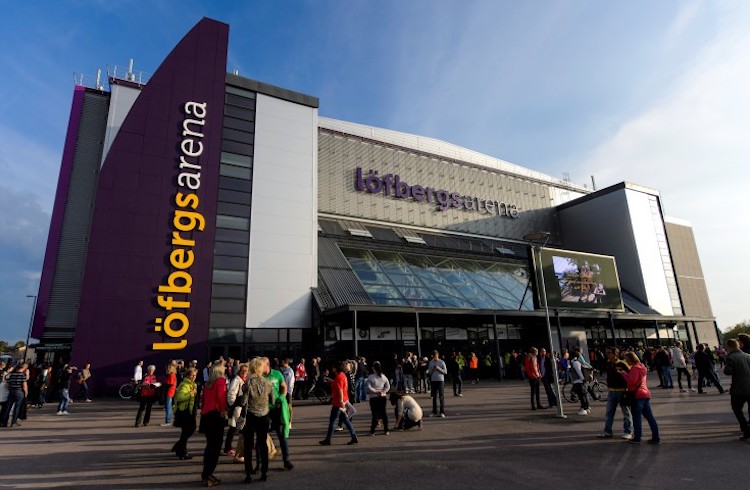 Hockey has been played at the same location at Färjestad in Karlstad since the 1950s. At first, it was an outdoor rink, but in the late '60s a roof was added. Färjestad Ishall became Löfbergs Arena in 2001, when the new arena was built around the old and the capacity almost doubled.

The arena is own by the club.

One of the most successful hockey clubs in Sweden with nine titles and 20 finals appearances.