PRAGUE – Three years and four days after the E.H.C. Alliance’s Fourth Annual General Meeting in June 2019, representatives of its member clubs were back in the same Vienna House Diplomat Hotel. Since then, it’s mostly been a fight for survival for many European clubs and leagues, and most have made it. Now it’s time to get back to the business of hockey.

Lüthi talked about relations with the IIHF, and how they’ve improved under the new regime. Whereas before, there were “a lot of meetings and very little action,” now there is more action and “it’s not blah-blah anymore.”

“As you see, the IIHF takes us seriously and we’ve had good discussions,” said Lüthi, who further explained: “We (the clubs) want to be a member of the IIHF. The IIHF knows what our goal is and we’re working with them to make this come true. I hope this comes true in the near future.”

“I have no problem with you becoming a full member,” said Henrik Bach Nielsen, the IIHF Vice President who on Wednesday was elected to the Board of the Champions Hockey League.

“We had the election in September last year and it was special because we needed to elect a new President,” Nielsen continued. “Luc Tardif from France was elected and there has been a different approach from the IIHF since then to involve more stakeholders. We sent out online surveys that we want to hear your opinions on issues. We want to hear feedback not only from clubs and leagues but also from fans and media, so there has been a strategic change.”

E.H.C Alliance Managing Director Szymon Szemberg presented a financial report from the Alliance’s formation in 2016 up to the present, which showed a surprising surplus in the 2021/22 season despite all the challenges. That led to the proposed budget for the 2022/23 season, which was approved, as was the new Board – which includes four new members – and some statute changes.

The most significant statute change was the creation of “Associate Membership” in the E.H.C. Alliance.

Back in April, a new partnership was announced with the NHL’s Los Angeles Kings, whose ties with German club Eisbären Berlin go back a few years. Today, the Alliance officially made a provision to allow for “Associate Member” clubs, such as the Kings.

“It’s the same ownership group, Eisbären and the Kings,” said Ryan Miller, Vice-President of ticket sales and business development for the Kings, who used to have a similar job in Berlin within the Anschutz Entertainment Group. “We work together, share ideas, it’s a mutual partnership.”

Regarding Associate Membership in the E.H.C. Alliance, Miller said, “I just signed up for membership in the past few months. I thought it would be good for the Kings to join because all the NHL teams basically function the same way but European teams do things a bit differently and I get a lot of great ideas from them, and it goes the other way too. It’s mutually beneficial.” 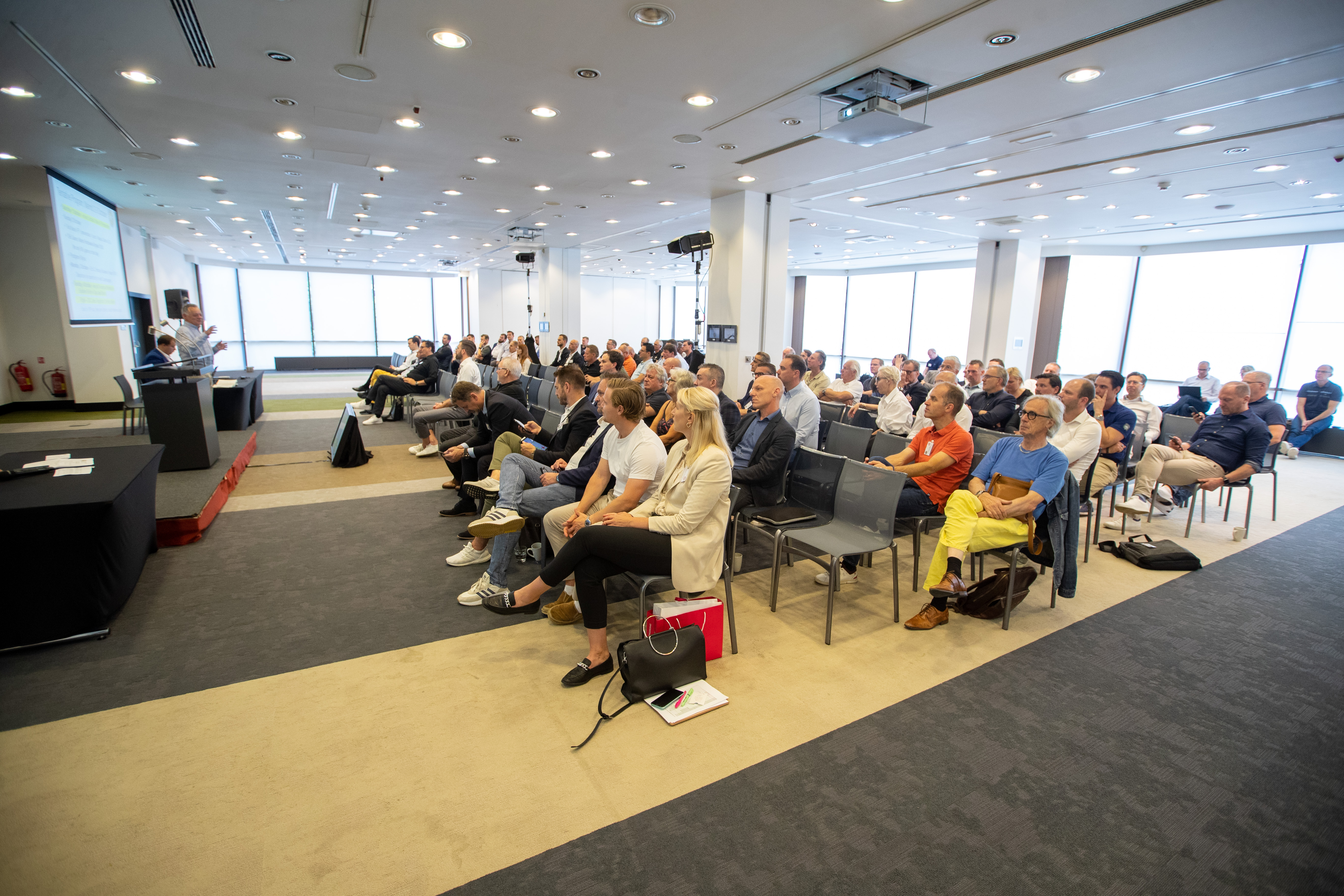 The next major event on the calendar of the E.H.C. Alliance is the Hockey Business Forum in Mälmo, Sweden on 3 October. Among the themes to be addressed will be a need for new ethics in international sport in light of the war in Ukraine.

“Just to be good at hockey is not good enough,” said Szemberg. “Be more than a club.”

Other topics include women’s hockey (just for equality or can it be good business?), using the relative popularity of football in Europe as an opportunity rather than an excuse, and the opportunities that come with relegation.

The 2022 Hockey Business Forum will take place on a Monday, the day after a rare Sunday matinee in the Swedish Hockey League between the Malmö Redhawks and Brynäs Gävle at Malmö Arena, which will be the site of the Forum itself and also houses the hotel where Forum guests will stay.

“I think this is the first time that everything will be all in one place and I think everyone will enjoy it,” said Redhawks’ Commercial Manager Marcus Larsson. “I welcome you all to Malmö and the club is really looking forward to this opportunity.”