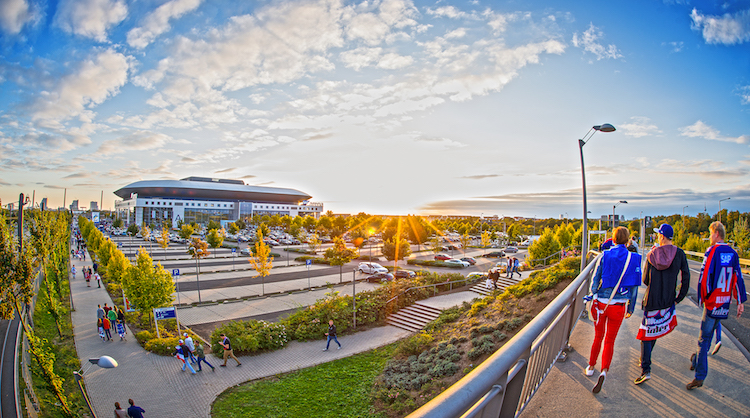 Hockey in the city of Mannheim was first established in 1938, when Mannheimer ERC (MERC) took the ice. MERC won its first German championship in 1980. In 1994, ice hockey in Mannheim experienced some changes when Adler Mannheim was founded from MERC and joined Germany’s newly founded professional league, the DEL, the same year. Die Adler quickly became a success, both on and off the ice. Adler Mannheim has collected eight championships, three more finals appearances, and won Germany’s “Pokal-Cup” twice. Since 2005, the club has played all its home games in front of a loyal fan base inside SAP Arena, with a seating capacity of 13,600. Die Adler, along with their loyal fans, have earned the nickname "Hockey Town" for the city of Mannheim. Die Adler proudly support the most successful junior project in the DEL; Adler's junior team has collected 14 championships.