These are tough times for everybody, but the Alliance of European Hockey Clubs is pleased to announce that Oceláři Třinec has joined its ranks, bringing total membership to 88. The club becomes the ninth member from the Czech Republic.

Třinec is a town of just 35 000 in the northeastern corner of the country, near the Polish and Slovak borders in the Moravian-Silesian Region. The name Oceláři means steelworkers, a profession on which the town is built and that forges a strong bond between the hockey team and its fans. The team’s general partner, Moravia Steel, is the town’s biggest employer.

“We are delighted to welcome Oceláři Třinec to the Alliance of the leading clubs of Europe,” said E.H.C. Managing Director Szymon Szemberg.

“Not only is it important that we have as many clubs as possible joining this movement, but it is also vital that the E.H.C. Alliance can boast the presence of Europe’s premier clubs. Třinec is a club of that magnitude. It also sends a very important signal that this champion club joins at this very critical time for all citizens, as we realize that the Corona outbreak will have very serious effects on professional sport, ice hockey included.”

The hockey club was founded in 1929 but it took years, even decades, for it to become a force in Czech hockey. The team finally joined the Extraliga – the top tier of hockey in the country – in 1995, and advanced to the finals in its third season.

In the second decade of the 21st Century, the team became a force. Třinec dominated the regular season and playoffs in 2010/11, winning its first national championship for the first time by defeating regional rival Vítkovice in the finals. Oceláři has continued to be a strong team for years to follow, only twice finishing worse than fourth place in the decade and reaching at least the semi-finals five more times.

“We are pleased to be an official member of the large hockey family in the form of the Alliance of European Hockey Clubs, which now brings together 88 hockey organizations from 14 European countries,” said Jan Peterek, a former Oceláři captain who is now the team's sports director. “We believe that in the future through negotiating with the IIHF to defend the interests of individual clubs and their owners, because they are the people who finance a significant amount of money in each country.”

Currently, the team plays its home games in the beautiful Werk Arena – the pride of the region – which opened in 2014. It has all the modern amenities and its capacity of 5400 is just right for the team and its fans. Werk Arena co-hosted the 2020 IIHF World Junior Championship along with Ostrava – the region’s largest city 50 kilometres away. 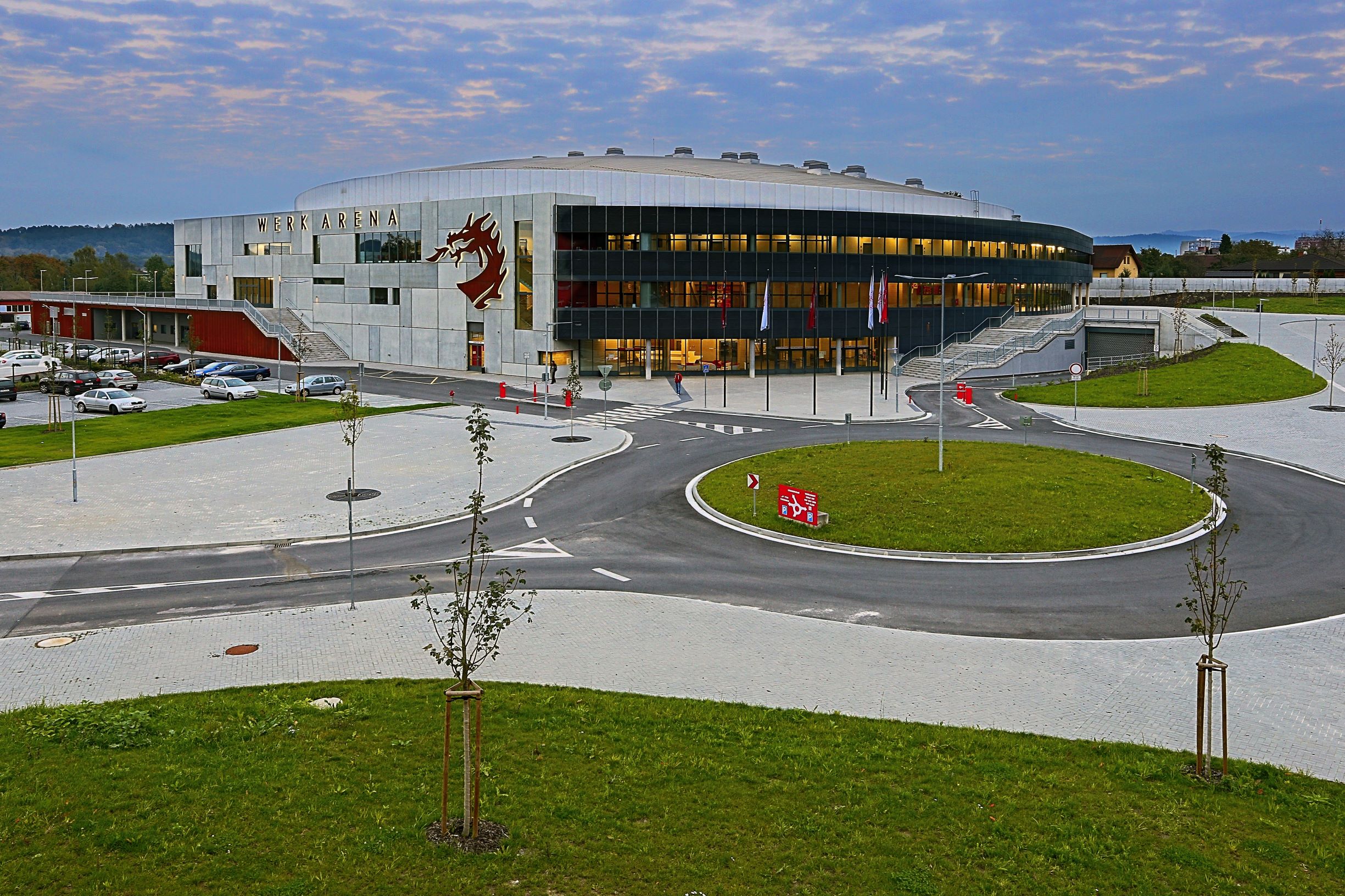 Třinec lost in the finals in 2015 and 2018 and then won its second title in 2019, defeating Kometa Brno in the last round. The team then followed that up with a second-place finish in the 2019/20 regular season before the playoffs were unfortunately cancelled due to the current Coronavirus outbreak.

Internationally, the Třinec has been a regular competitor in the Champions Hockey League, having now qualified to play in the European club championship competition six times over seven years. In 2017/18, the team reached the semi-finals and goaltender Šimon Hrubec won the CHL MVP award.

Other than Hrubec and Peterek, some of the players that have helped make Oceláři Třinec a winner include Richard Král, Jiří Polanský, Radek Bonk, Lukáš Krajíček, Martin Adamský, Martin Růžička and the team’s current head coach, Václav Varaďa.

Additionally, the continued success of the club’s youth teams ensures that Třinec will remain a competitive team for years to come. Oceláři’s junior team has won the national championship twice over the past six years and advanced to the finals on one other occasion.