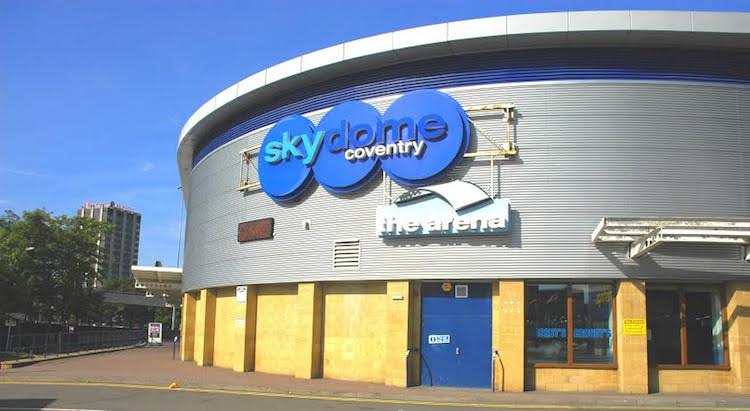 The Skydome Arena, built in 1999, is a 3,000 capacity (2,200 seats) multi-purpose arena in the city centre of Coventry. The ice rink is part of a multi-plex of entertainment venues such as Crosby’s bar, The Spon Gate Wetherspoons, Harvester bar and restaurant, Odeon cinema, our title sponsor Genting Casino and PureGym.In addition to Coventry Blaze matches and training, the ice rink is used for public ice skating sessions and lessons. The Blaze junior academy also make use of the facility, as do other ice hockey teams playing at various levels. The town centre featuring a wide range of high street shops, stores and restaurants is within a couple of minutes’ walk from the arena.

The Coventry Blaze are based in the West Midlands of Great Britain. The club competes in the Elite Ice Hockey League (EIHL), the UK’s premier top-flight ice hockey league. Four-time winners of the championship, the Blaze have also won the playoffs and Challenge Cup twice each, including a grand slam of trophies in 2004/05.

The Blaze have represented the UK on four occasions in the Continental Cup. The club’s most famous players include the late Wade Belak, Matt Beleskey currently of the Boston Bruins, and the jerseys of #25 Adam Calder, #26 Dan Carlson, #12 Steve Chartrand and #17 Russell Cowley have been retired for outstanding contribution to the organisation.