The Belfast Giants, of the British Elite Ice Hockey League (EIHL), are the newest and 82nd member club of the Alliance of European Hockey Clubs. The club from Northern Ireland enters the E.H.C. Alliance after winning the club’s fifth national title, thus qualifying for the Champions Hockey League for the first time.

“We are delighted to welcome the Belfast Giants to the European club community”, said E.H.C. President Marc Lüthi. “British hockey is growing, the EIHL is gaining in prestige following good performances in the CHL and by adding Belfast we have member clubs in England, Scotland, Wales and now Northern Ireland.”

Lüthi added: “Belfast is also more than just a hockey club, the Giants have meant so much to the people in the city and Northern Ireland. Aside from being successful on the ice, they are a uniting force in Belfast and they do a wonderful job in the community.”

Steve Thornton is the Head of Hockey Operations with the Belfast club.

“We have had contacts with the E.H.C. Alliance for quite some time and we were just looking for a good opportunity to jump in,” said Thornton. “And now, after this successful season which saw us qualify for the Champions Hockey League, we realized that the timing was right.

“We look forward to working with the other member clubs to strengthen the position of European club hockey,” said Thornton.

The Giants are coming off a great season, which saw them win the domestic Challenge Cup, finish second in the IIHF Continental Cup which the club hosted at their beautiful 10,000-seat SSE Arena, win the EIHL to claim the national title and then make it to the playoff final, where they lost to the Cardiff Devils 2-1. 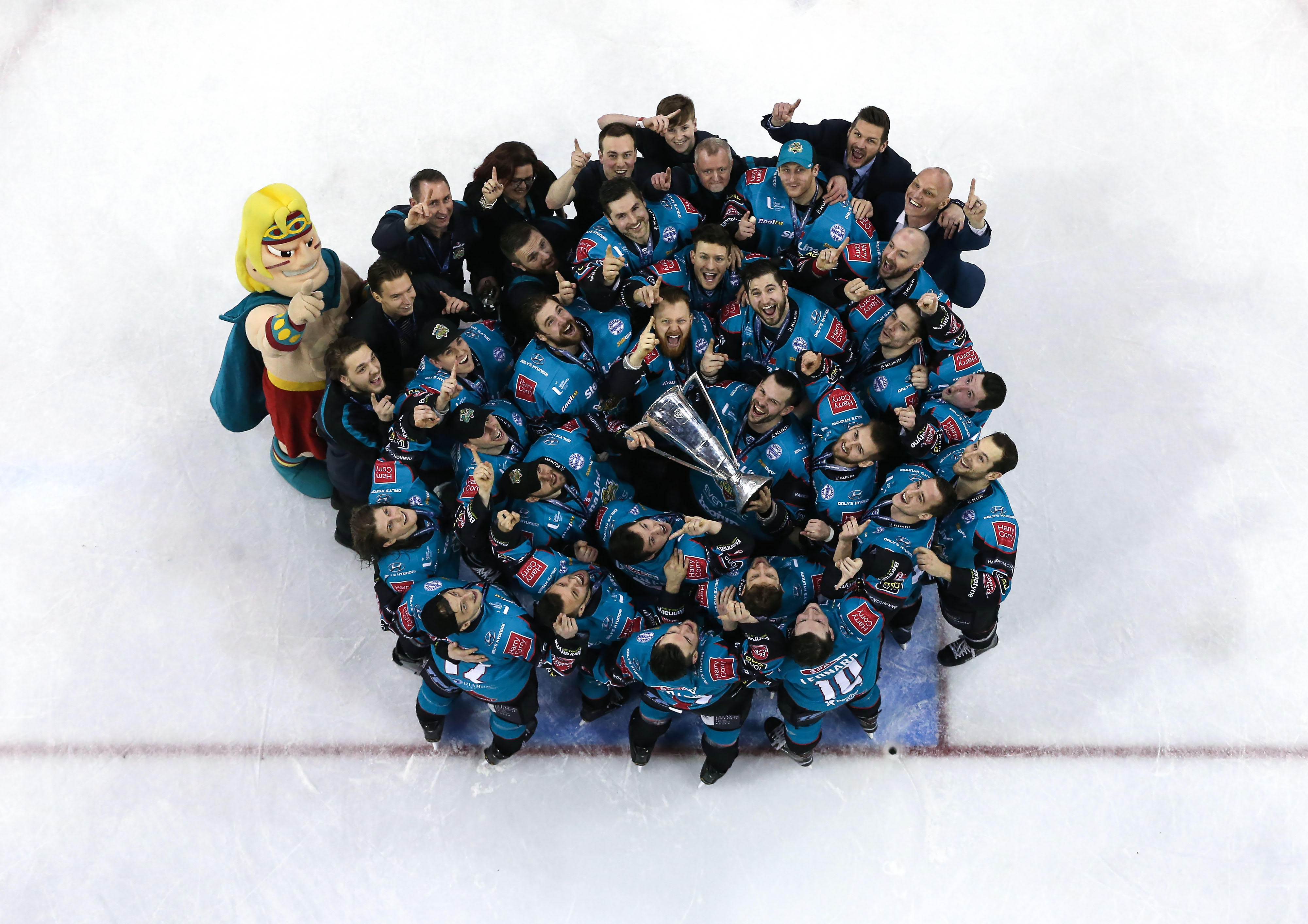 As an interesting piece of trivia, the Giants qualified to the Champions Hockey League in two ways: through the Continental Cup and by claiming the EIHL title. And this was very good news for the EIHL and British ice hockey as the Continental Cup performance allowed the Cardiff Devils to qualify for the CHL by finishing second in the EIHL.

The Stena Lines Belfast Giants are a young club, founded only in 2000. But in their 19 years of existence, they have won five national titles and have become a source of pride for the city of Belfast and sports fans all over Northern Ireland.

When the club was established, the Belfast Giants were committed that the club would not attach itself to a particular faith or community, instead wanting to represent Belfast as a whole. A number of policies were subsequently introduced to implement this. Particular clothing (such as football shirts), which might have displayed a person's political or religious affiliation, were banned and flags were not permitted to be brought into the arena. These policies have been successful and the Giants have over a relatively short time built a large and enthusiastic fanbase who did not have to fear the sectarianism that marred other sports in Northern Ireland.

Also, the club logo and the Giants nickname were things that were carefully created, to emphasize the strong link to the region. The Giant in the logo is Finn McCool, the mythological hunter-warrior of Irish Mythology. Legend has it he built the Giant's Causeway as stepping-stones to Scotland, so he wouldn’t get his feet wet.

One of the biggest happenings in the club’s history was the visit by the Boston Bruins in 2010, as part of the NHL team’s pre-season European tour. With Boston’s Irish roots, this was more than just an exhibition game.

It is now time to write a new chapter in the Belfast Giants' history.